This is a story about a well-known hotel in Eastbourne that had become derelict. Over the last two years the building has been transformed into luxury accommodation.

The Lathom Hotel was originally three, five storey town houses built in 1892. In the 1920’s it was converted into a 60-room hotel. It operated as a hotel until 1995 when it ceased trading. For the next 20 years it was empty, unused and stood derelict. Taylor Construction were chosen for the conversion because of their expertise in undertaking these type of challenging projects.

Early in 2015 the scaffolding was erected around the whole of the building and a new roof and chimney were reconstructed but not before 600 pigeons were ejected from the roof space! One hundred and eighty sash windows were overhauled, collapsing floors were supported before the whole of the building was stripped and the building was split into three parts. Using the original plans the building was separated into fifteen flats and one town house, which was originally built in 1950 as an addition. An additional floor and pitched roof was added to the town house. All the original staircases were recycled and wherever possible the interior features were retained. 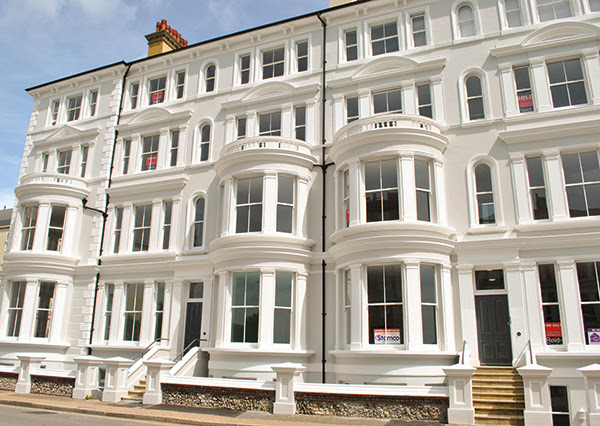 The entire buildings infrastructure had to be renewed and new kitchens, bathrooms and utility rooms installed. The building now offers a great opportunity for people who want luxury living in a popular area of Eastbourne. 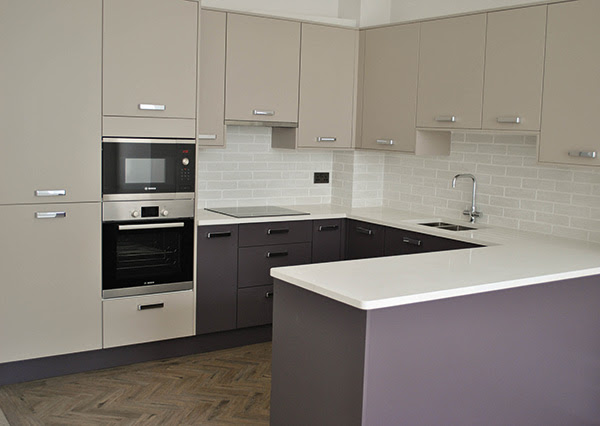 Stamco Building Supplies were delighted to assist Taylor Construction in supplying all the building materials including timber, blocks, bricks and plasterboard. Inspired Home Interiors designed and supplied all the kitchens, stone worktops and bathroom units.

“Over the last six years I have built great relationships with Stamco Building Supplies Eastbourne together with Inspired Home Interiors. They have a ‘can do’ attitude and their experience and ability to source materials is second to none. Deliveries are prompt and it’s a real benefit that timber is kept covered up and in good condition. They are a great partner for the building projects that we undertake.” 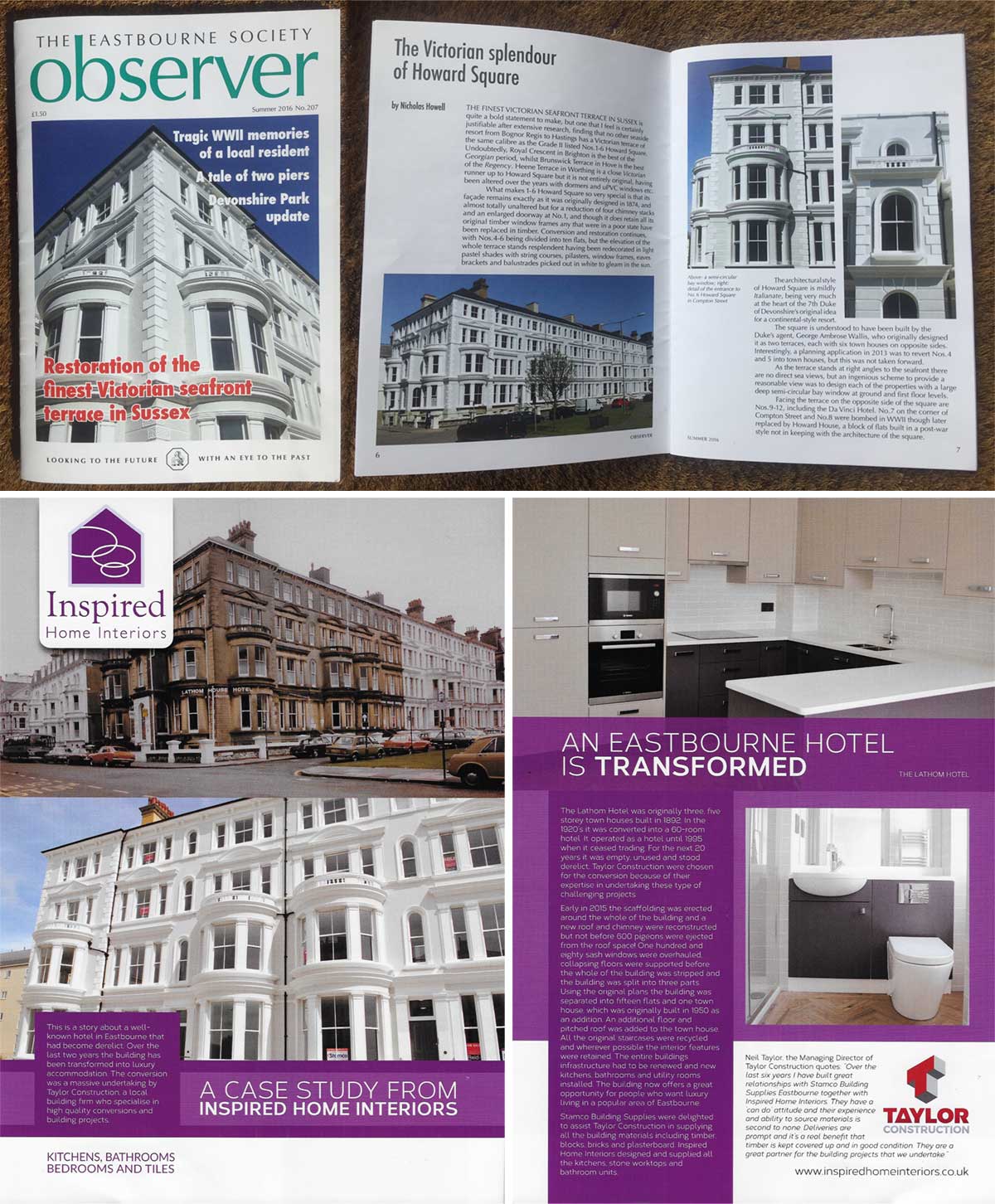 Take a moment to view the entire image gallery from this complete renovation.